Owned by MTS, a Moscow-based telecommunications firm, Gambit Esports (previously known as Gambit Gaming), is a Russian professional esports group. It is one of the most well-known CS: GO teams in the world, having won the PGL Major Krakow 2017 – the first CIS team to accomplish so.

Gambit Esports was originally formed in January 2013, acquiring the old Moscow Five lineup and three years later, they made their debut in CS: GO. Success was almost immediate as they won the PGL Major Krakow in July 2017, putting their name right up there with the best teams around.

Unfortunately, the success didn’t last. After 2017, Gambit’s performance deteriorated. Although they were still involved in all the main competitions, the team was disjointed, with players and coaches moving about and being released on a regular basis.

Their period in the wilderness ended however towards the end of 2020 when the Gambit Youngsters team was promoted en masse to the main roster. It proved to be a good move as the team crashed into the HLTV Top 20 a month later and has remained there ever since, although the team was forced to sell their roster to Cloud 9 due to the sanctions imposed on Russian sports teams after the Ukraine invasion. 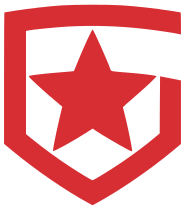 Vladislav Gorshkov is the captain of Gambit Esports. He plays the role of In-Game Leader and Entry Fragger and like the other members of the roster, joined in October 2020, having been part of the successful Gambit Youngsters Team.

Dmitriy Sokolov is the youngest member of the Gambit Esports roster, though is one of three players aged under 21. He is the team AWPer.

Timofey Yakushin plays either Support or Rifler on the Gambit team and his versatility is a key part of the team’s strength. He previously joined Gambit Youngsters in 2019 at the age of 18.

The specialist Rifler for Gambit, Sergey Rykhtorov was another important member of the Gambit Youngsters roster and has won three MVP awards.

Abai Hasenov is the veteran of the Gambit team. He was part of the roster that won the 2017 PGL Major Krakow and after leaving in 2018, returned two years later, joining the Gambit Youngsters.

Konstantin ‘Groove’ Pikiner is in his second spell as a coach, having previously made his name as a player with Virtus.Pro. He joined Gambit in 2020 and has coached them to win 15 tournaments.

After winning the PGL Major Krakow in 2017, Gambit went through a four-year period in which they didn’t win a single S-Tier event, but in recent months they have enjoyed a resurgence.

In February last year, they won the Intel Extreme Masters XV World Championship, beating Virtus. Pro in the final and then last summer, they won the Intel Extreme Masters XVI Summer and the Blast Premier: Spring Finals 2021, in the same month. At the time of the switch to Cloud 9, Gambit Esports was ranked as the third-best CS: GO team in the world.