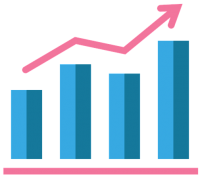 EsportsBettingTop » News » The Biggest and Most Popular Esports Teams

There are many ways to define success for an esports team. Success can come in financial terms, through prize money and sponsorship. It can be defined as the prestige associated with winning the most important trophies and competitions. Some teams are hugely popular for their style of play or the identity of their top players. All those factors can be linked, of course, and in this article, we will take a look at some of the biggest teams in the world of esports.

We know that the esports market is growing all the time and that it has become one of the most rapidly expanding sectors in technology, sport and sponsorship. So just how large is it?

In 2020, it has been estimated that the esports sector generated $947.1 million in revenue. This year, forecasts suggest that figure could rise by as much as 14% to over $1.08 billion.

The size of the global esports audience is hard to establish with any precision and estimates range from 300 million to 500 million people either watching or playing their favourite sports casually.

Of course, there is a huge difference between playing your favourite game for fun and becoming a professional, and only a small number of players can make that leap, though the ranks of the pro esports players are growing all the time.

Not surprisingly, the highest number of pro players can be found in the United States. A study in March 2021 by Statista found that there were 4334 pro esports stars in the US. The next highest nation was Germany with 973, while South Korea (890) Brazil (852) and France (841) all made the top five. In total, Statista estimated the top 15 esports nations have produced 13,559 professionals.

That may seem like a lot, but assuming a global audience of fans, players and spectators of around 500 million, the proportion of players who actually make it as a pro is a tiny 0.000027%.

One notable quality of the esports world, besides its growth, is volatility. Players move from team to team regularly, while the teams themselves rise, fall, merge and split with bewildering frequency. Currently, there are around 2,000 esports teams in the world, but there is a huge disparity between the biggest and the smallest. Any list of the top teams will usually include the following names:

Esports teams exist to win, and winning brings money, popularity, growth and more wins. So judging an esports team on its level of success is a good place to start if you’re trying to identify the biggest.

Team Liquid is arguably the most successful esports team around, having competed in over 1,800 tournaments across 37 sports, with Dota 2 their most significant sport. Their consistent performances in the International – the world’s biggest single esports tournament – have helped to boost their profile considerably. That is also true of OG, a Danish team that specialises in Dota 2, which has won the last two Internationals, in 2018 and 2019.

Another team to make their name through sheer success is Astralis. It broke onto the world esports stage in dramatic fashion, winning the 2016 Esports Championship Series and has continued to be a major force in CS:GO, along with the consistent Fnatic.

The success of an esports team can also be judged in financial terms, and it is possible to succeed financially without necessarily dominating the opposition. For example, Virtus.pro, a team that has been around since 2012, has consistently finished in the money in major tournaments, enabling it to figure high in the rankings for esports earnings.

Still, money doesn’t always translate into popularity and fame. In 2020, the two biggest earning esports teams in the world were the Call of Duty team Dallas Empire ($1.8 million) and San Francisco Shock ($1.56 million) who compete in Overwatch.

As with regular sports, the success of an esports team can be judged on many factors, but they are all interlinked. The more tournaments a team wins, the more publicity it gains and the more fans it attracts, all of which enables it to recruit better players, helping it to win more trophies. It is this virtuous circle of success that all esports teams are aiming to replicate to stay ahead of the game.